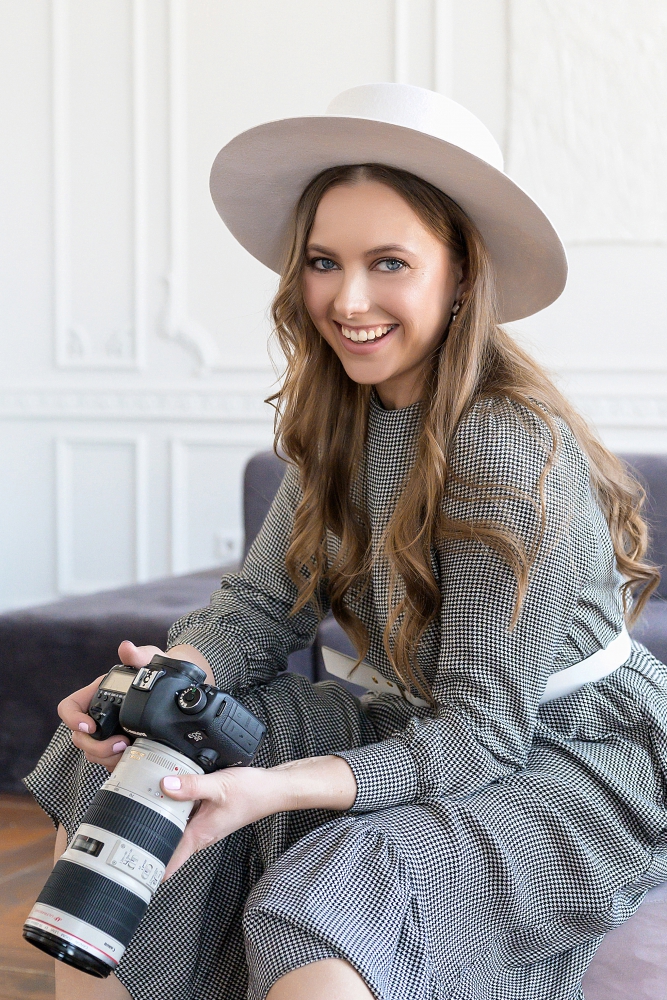 Natalie Bero is an international photographer who has specialized in photographing people for 13 years. She makes exquisite photos of people in Russia, America and Italy. She has completed more than 1000 shootings, of which 360 were held in New York. Her career began in 2007 when she originally did model portfolios, model tests, portraits and private shoots.

Interesting fact: thanks to Natalie's photographs, many models went to work in the USA, Italy and France. Some still use these images in their portfolios; for example, Dmitry Korikov and Timur Evstigneev.

In 2010, Natalie began her work as the main photographer for the high society and fashion magazine, In Red. She worked there both as an event photographer and as a fashion photographer. Working for In Red, Natalie filmed the stars of Russian show business including Dmitry Nagiyev, Ksenia Sobchak, Zhanna Friske, the VIA Gra group, TV presenter and fashion historian Alexander Vasiliev, MC Jean, Tatiana Bulanova, MC Richy, and more. Since 2010 all posters of MC Zhan and MC Richy are only made by Natalie.

Also during that period she managed to become one of four Russian photographers who filmed the show of Maison Margiela in St. Petersburg.

Since 2010, Natalie herself has been interviewed by various media and invited as an expert in the field of photography on television. For example, they filmed a segment with her participation for the Elle Girl TV channel.

In 2011, Natalie Bero opened her own photography and video agency. One of her clients was the company, ICE Astaldi, which was building an airport in Pulkovo.

Various international brands also trust Natalie: These include Armani, Lumene, Cutrin, Dermosil, Maison Margiela and others. In 2013, she organized the photo exhibition, "Woman through the Eyes of a Photographer", which received wide media coverage. For example, Channel One TV had a major report about this exhibition.

Since 2015, Natalie began working in New York where she became a staff photographer at one of the largest agencies in the city. There, Natalie filmed the richest people in America - billionaires, as well as the stars of show business; among them were Drew Barrymore, Marisa Tomei (winner of the Oscar, Golden Globe and about 40 other awards), Shanice Williams, Aaron Tveit, Bobby Cannavale, Gavin Creel, Beth Behrs and many more. Natalie has also managed to shoot the Broadway producers Bonnie Comley and Stewart F. Lane.

Natalie is a very sought-after and popular photographer in the states, and her pictures can be found in almost all New York publications: Vogue, Bella Magazine, Royal Oak, New York Social Diary, Lifestyles Magazine, Black Tie Magazine, Hamptons.com, The Steeple Times, and etc. In 2019, Natalie served as the only approved photographer at the CODA Summit in Texas.

Natalie had the world premiere of her exhibition, "Classic Petersburg" in November 2020.

Due to the pandemic, she is engaged in private photo shooting in St. Petersburg.